The first surface-to-air missile hit Sweet’s A-10. After Sweet had ejected, Phillis deliberately drew enemy fire using highly visible flares to give his wingman, who was vulnerable in his parachute, time to safely land.

While lingering under heavy fire for 3 minutes and 45 seconds, Phillis sent radio messages to search and rescue units, noting Sweet’s downed location. The Iraqis ultimately took Sweet as a prisoner of war and shot down Phillis’ A-10 with a surface-to-air missile. Phillis, who never ejected, was killed.

The Air Force has yet to bestow a Medal of Honor upon any of its personnel for their actions during Operation Desert Storm.

Demarest spoke with Coffee or Die Magazine about his endeavor to upgrade Phillis’ Silver Star.

“When I first heard that he had been shot down in Desert Storm, I was actually still flying F-15s,” Demarest said. “It wasn’t until about five years after I left active duty that it occurred to me that there was more to the story [than] was out there.”

After Sweet landed, Iraqi forces imprisoned him at the infamous “Baghdad Biltmore,” a handful of cells in the basement of the Iraqi secret police headquarters, which was notorious for its brutal treatment of prisoners. Unaware that American prisoners were inside, US forces bombed the building Feb. 23, 1991. Authorities subsequently moved Sweet and 15 other prisoners to a civilian jail until their eventual release March 6, 1991. Altogether, Sweet was imprisoned for 19 days.

After speaking with Sweet for three hours in 1997, Demarest was able to make better sense of the radio calls and the communication gaps surrounding Phillis’ heroic actions. However, there were limits to what Sweet could recall. After all, he only learned of Phillis’ sacrifice after being released from captivity.

“Rob’s knowledge of what happened that day ended as soon as he pulled the ejection handle,” Demarest said.

Sweet retired from the Air Force in June 2021 as a lieutenant colonel with more than 4,000 hours of flight time and 33 years of active-duty service under his belt. Demarest attended the ceremony. “He and I have kept in touch, and before the Air Force Magazine article came out, I called him. I wanted him to know … this [upgrade effort] was coming,” Demarest said, referencing Brian Everstine’s March 2021 Air Force Magazine article, “Above and Beyond: The Fight To Upgrade One Airman’s Silver Star,”

“The upgrade effort that we’re going through may get [the award] to the Air Force Cross, it may get to the Medal of Honor, it may get nowhere else,” Demarest said, explaining his personal inspiration for pursuing the inquiry. “But if it continues the discussion and gets the story out, then mission accomplished.”

Demarest speculates that, since the Vietnam era, when many awards were inflated, the Air Force has been deliberatively conservative in its allocation of high awards for courage.

Demarest pointed out that Phillis’ heroism was not the first Air Force case passed over for the Medal of Honor. As of 2018, the Department of Defense has awarded only 19 Air Force service members with the country’s highest award for valor. The Air Force has yet to bestow a Medal of Honor upon any of its personnel for their actions during Operation Desert Storm.

The countless hours of research Demarest collected on Phillis’ legacy have culminated in a book that is scheduled for publication in February 2022, the 31st anniversary of Phillis’ death. A portion of the proceeds will go to a charity of the Phillis family’s choosing. 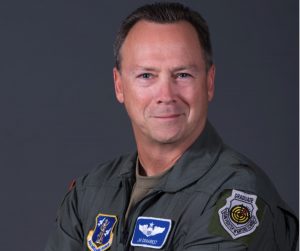 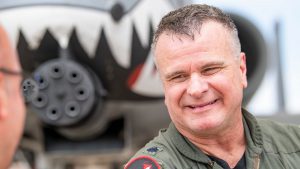 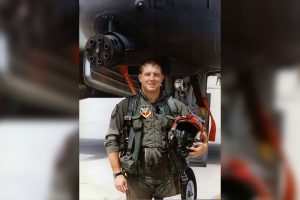 As Lt. Col. Rob Sweet, the last serving Air Force prisoner of war, approached retirement on June 6, he recalled the moment during Operation Desert Storm when his A-10 Thunderbolt II aircraft was shot down by enemy forces southwest of Basra, Iraq.

MARX: The effort to get Capt. Stephen Phillis a posthumous Medal of Honor

It is shade past five a.m. on a rain-soaked, late-May morning.

I sit at the corner of Rock Island’s 40th Street and 11th Avenue, staring at a sign that reads: “Capt. Stephen Phillis Drive.’’

Besides a shared bond as boxing teammates, Jim Demarest and Steve Phillis weren’t close friends when they attended the U.S. Air Force Academy. But Jim has spent years going to remarkable lengths to honor the man he considers a hero.

Air Force Lt. Col. Rob Sweet says he knew what to expect after he was shot down in his A-10 Warthog near Basra, Iraq, in the minutes before he was captured by enemy forces.

It didn’t stop him from thinking, “I’m a dead man,” he said in a news release recalling the mission.

The Chief of Staff of the Florida Air National Guard, Brigadier Gen. Jim Demarest, is starting a campaign to award the Medal of Honor to the late Capt. Stephen Phillis, Alert5 says.

Jim met Stephen Phillis at the academy. Together, they shared a bond over boxing, both being left-handed- or southpaws.

In House Warrior: Knowing a Hero When You See One – Brig. Gen. James Demarest, the Chief of Staff for the Florida Air National Guard Speaks With Host Richard Levick of LEVICK

Knowing a Hero When You See One: Brig. Gen. James T. Demarest, the Chief of Staff for the Florida Air National Guard and a former JAG officer, speaks with host Richard Levick of LEVICK about leadership, including lessons from his book Joint Force Leadership and his mission to have the Medal of Honor awarded to fighter pilot Stephen Phillis, a remarkable story of courage and self-sacrifice. Please click here to find out more.

Frontlines of Freedom: Interview with Jim “Boots” Demarest on May 1st 2021.

Good Today Chicago Fox32 interview from this on May 4th. Medal of Honor Campaign for Desert Storm Pilot.