MARX: The effort to get Capt. Stephen Phillis a posthumous Medal of Honor 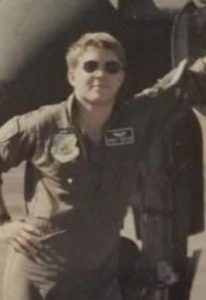 It is shade past five a.m. on a rain-soaked, late-May morning.

I sit at the corner of Rock Island’s 40th Street and 11th Avenue, staring at a sign that reads: “Capt. Stephen Phillis Drive.’’

In a few hours, I will nervously call — and chat — with Dr. Richard “Bud’’ Phillis and his amazing wife, Diane. I will ask about the longtime push by Brigadier Gen. James Demarest (Florida National Guard), a United States Air Force Academy classmate of their late son, Capt. Stephen Phillis, for him to receive the Medal of Honor.

The Medal of Honor is the highest military medal a soldier can earn. It’s awarded to soldiers who risk their lives “above and beyond the call of duty” in combat.

Posthumously, Capt. Phillis is a Silver Star recipient. He gave his life to his country on February 15, 1991, amid a Desert Storm air strike and while protecting his shot-down wingman — First Lieutenant Robert Sweet.

“We are aware of the situation,’’ Dr. Phillis, who with Mrs. Phillis, shared a phone conversation with me later that morning.The Phillises, it must be noted, were — as usual — beyond gracious with their time and the answering of some difficult questions. 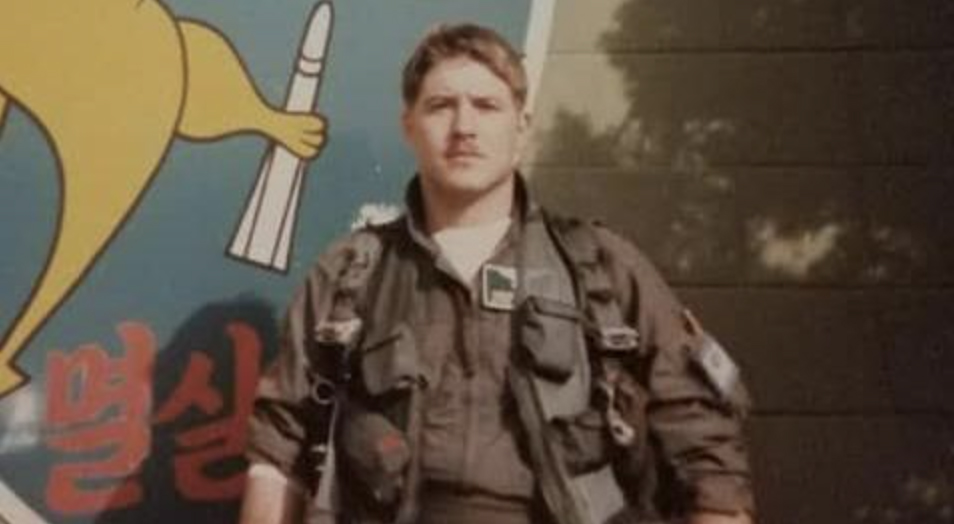 Steve Phillis during his deployment in Korea.

“We are aware of what he (Demarest) is doing,’’ Dr. Phillis added. “Stephen is always at the forefront of our thoughts and we are aware.’’

Demarest’s push to advance recognition for Capt. Phillis has been going on since 1997 and a story — about his quest and the heroics of Capt. Phillis was chronicled recently in a piece in Air Force Magazine (www.Airforcemag.com).

The story was written by Brian W. Everstine, a respected journalist with impeccable credentials, including an extensive newspaper background.

Demarest — an Air Force pilot himself — has gone above and beyond in his research of the day Capt. Phillis perished. Demarest believes Capt. Phillis should be recognized for his heroics, and in addition to his Silver Star, he should receive the Medal of Honor.

An email attempt to reach Brig. Gen. Demarest for this story was unsuccessful.

A 1978 graduate of Alleman High School, Capt. Phillis graduated from the U.S. Air Force Academy, Colorado Springs, Colo., in 1982. He also graduated in 1988 with honors from the Air Force Fighter Weapons School (Top Gun) at Nellis Air Force Base, Nevada.

“They were classmates at the academy and knew each other well,’’ Diane Phillis said. “ He’s going to do what he feels is right. I know that Stephen had the utmost respect for him (Demarest).’’

According to Everstine’s story, Demarest has enough information gathered through two-plus decades of research to put into a book. By the amount of research and his sincere respect for Capt. Phillis, you realize Demarest’s intentions are honorable in hoping that Capt. Phillis is properly recognized.

“I want the world to know Steve’s story,” Demarest tells Everstine in the article.

Demarest’s deep review of the day has focused on the radio calls, piecing together a timeline that was not extensively considered around the time of the crash.

Everstine writes that on that fateful February day 30 years ago, Capt. Phillis was flying alongside Sweet, who when his A-10 was hit by enemy fire, ejected, survived and became a prisoner of war.

Accounts of the day show Capt. Phillis, a veteran pilot and mission commander would stay — with great danger to himself — and fight for nearly four minutes, drawing enemy fire while assisting in the search and rescue of his wingman. Those selfless efforts — staying and fighting for an extended period — cost Capt. Phillis his life.

Demarest believes Phillis acted “above and beyond the call of duty,’’ in that span, that seeing an ejection and a good chute was enough, yet Capt. Phillis stayed and protected Sweet until he reached the ground.

“You have a hard time explaining what heroics in an airplane looks like,” Demarest, also a veteran of Desert Storm, tells Everstine. “Steve’s heroics check all the boxes. He earned his right to leave, but stayed for three minutes and 45 seconds. To a pilot, it is an eternity.”

Diane Phllis says her late son, a humble man, was simply doing his job and would be honored by Demarest’s effort, but uneasy with the attention.

“He never sought attention,’’ she said. “He was a humble man.

And a hero who should be recognized to the fullest extent for his efforts.